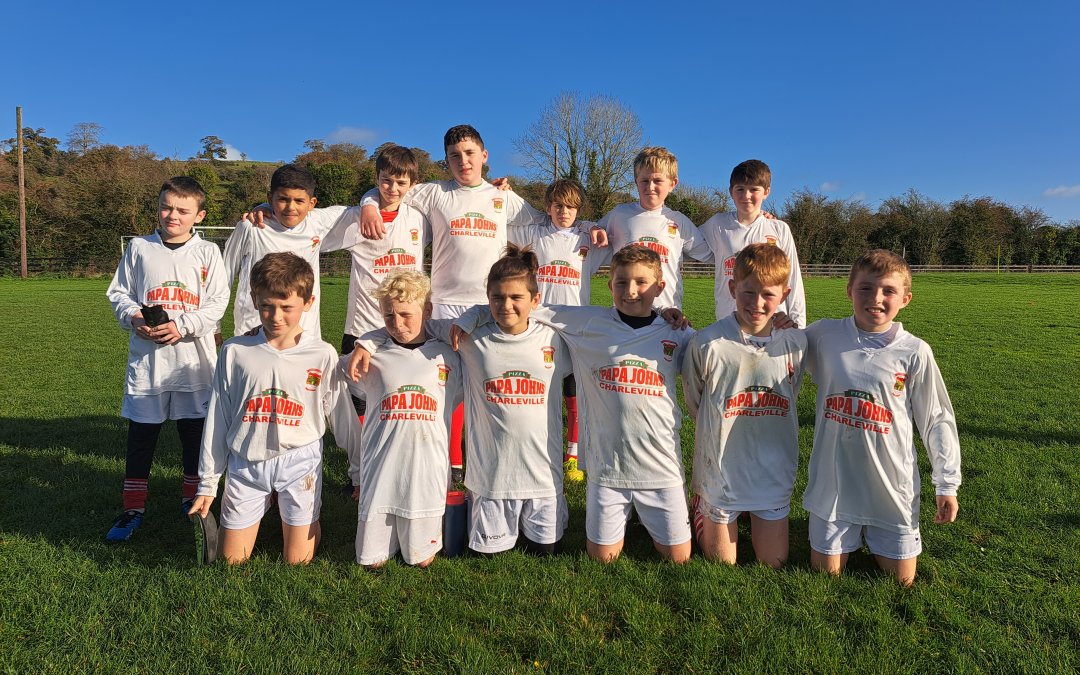 Saturday 5th November 2022 U12 Boys div 1 league result Knockainey 0 Charleville AFC Red 5
Playing only their second game of the season the lads turned up looking to get their first win and hopefully 3 points. They have been working so hard in training and taking all the information from their coaches. A multi national squad with players coming from Ukraine, Poland, Egypt, Brazil and of course Ireland. The boys have really gelled well and their work rate is a joy to watch in games. Our stand in Keeper Cian is a brilliant player and would play in any position on the pitch when asked. He put in a great performance in goals and when allowed to play out field for the last 15 minutes he got himself a lovely goal to finish the day with a big smile. Very solid at the back with JP, Jack and Mark all very settled now, with every training session and match they get better and better. Our midfield of Donnocha and Hugh is total football with a touch of steel, these boys are not shy in putting the boot in to win the ball. Sam and David are our creative gems, their brains and their feet seem to work at 100mph. Up front Shams is lethal and loves to score a goal as seen by his celebrations on Saturday. PJ, Ben, James and Yusif all played their part when introduced to the game. PJ got a lovely goal, James and Ben had the opposition under pressure for every second and Yusif the magician from Ukraine is a joy to watch, getting his goal from the penalty spot after being fouled. A lot more to come from this group but the futures bright. We would also like to acknowledge the Knockainey goalkeeper who put in an outstanding performance, a great player.
Goal contributions coming from David Kolaczkowski, Hugh O’Donnell, PJ Quaid, Yusif pen, Shams Ayman & Cian Dennehy.
Cian Dennehy (capt), Jack Egan, Mark Madigan, James Dollery, Hugh O Donnell, JP Sheehan, Yusif Hakramamov, Ben Egan, Donnacha O’Dwyer, Shams Ayman, PJ Quaid, Sam O’Sullivan, David Kolaczkowski