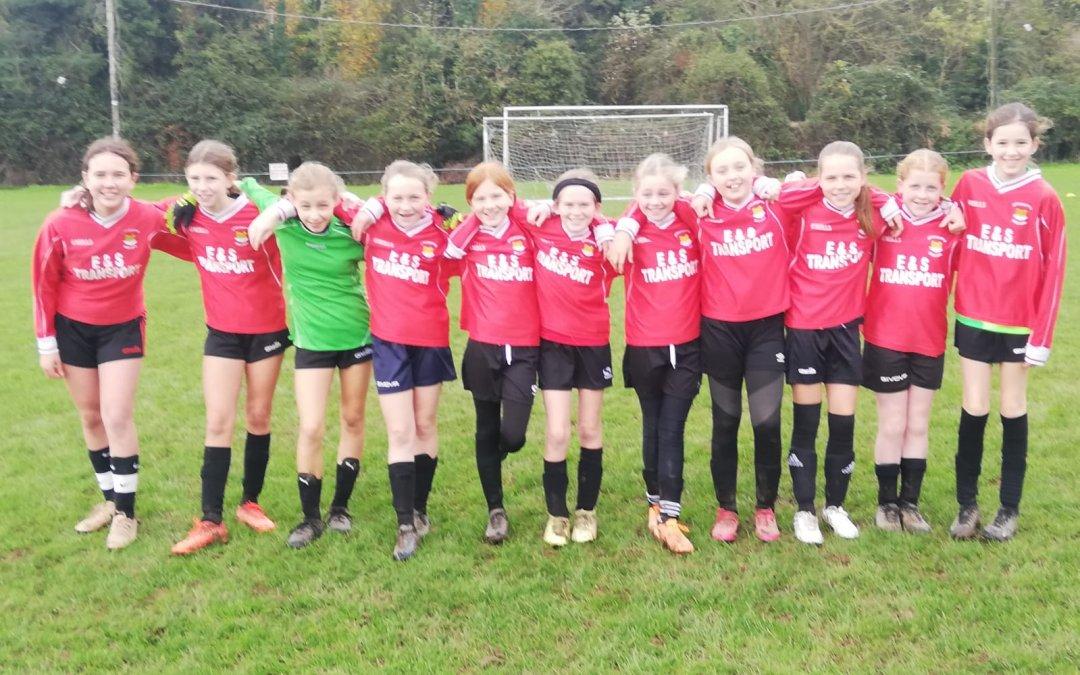 Our u12 girls came though an epic battle in a 2-1 win in the 2nd round of the Sketchers National cup away to an excellent Bunratty Cratloe FC side. Ruth Kilcommins was our player of the day stepping into goals for this game and keeping us in the game throughout, particularly in the opening 20 minutes of the first half. After weathering the early exchanges we found our rhythm and the game was very open with both sides demonstrating great skill and determination and both defences proving very resilient. Stephanie, Lauren and Katie were the back 3 throughout and put in an amazing display to concede 1 goal in 80 miutes of football. Bunrattys attacking threat finally came good when their number 8 broke through and finished calmly to the corner of the net in the closing stages of the first half to take a 1 nil lead.

Our girls didnt drop their heads and came out at half time reenergised with Celina, Ciara, Bronagh and Vivianna putting in a tremendous effort to take control of the midfield area. Bunratty were always a threat going forward but we hung in and a great passage of play found Hazel in space and her unstoppable shot to the corner of the net levelled up the game midway through the second half.

Extra time was needed to settle the game and both sides had chances with the key moment falling to Bronagh who latched onto a loose ball in defence and sent a lovely low shot to the corner of the net to put us in front in the first half of extra time. It was a case of hanging on in the closing stages of extra time with Bunratty throwing everything at us. They won a free kick outside the box in the closing minutes and an amazing finger tip save by Ruth kept the game from going to penalties. Bunratty can be very proud of their performance and we wish them well for the rest of the season and are very grateful for the food and drinks provided afterwards. Well done girls!