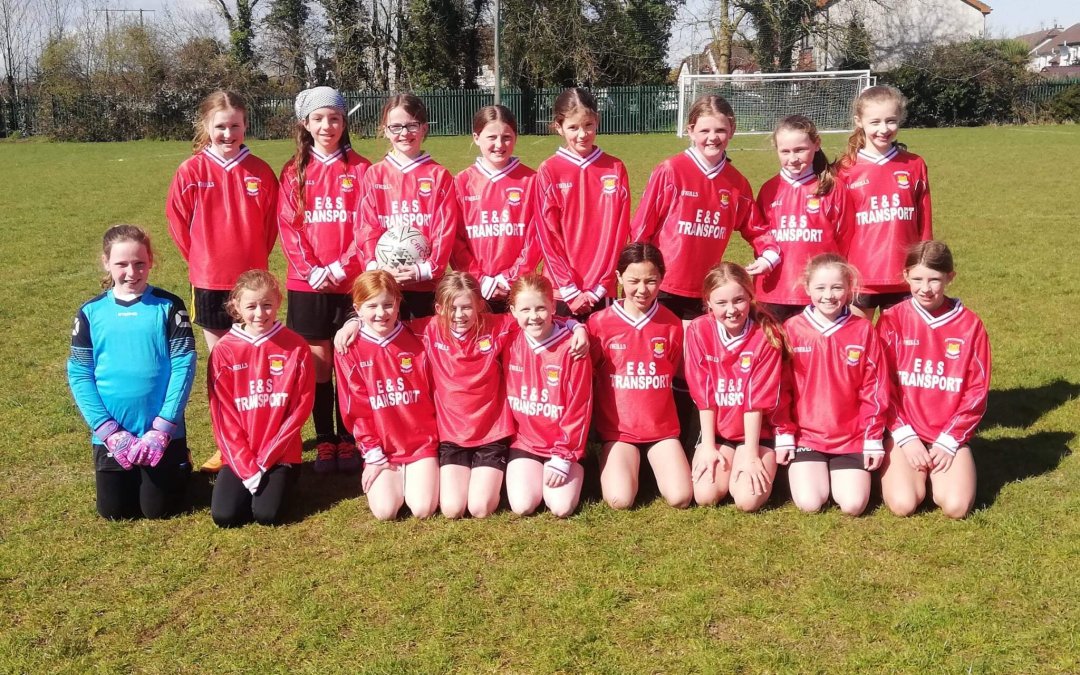 Our u12 girls continued to impress with another fine win v’s Regional United in a sunny Dooradoyle.

The girls quickly got into their stride with Caila Nelligan driving forward in the opening minute and putting Ciara Bresnan in on goal for an early lead. Orlaith took our first penalty of the season with a sweetly struck shot to the corner of the net.

The depth of the squad is reflected by the team changes at half time not impacting the flow of the game with Hazel Mortell, Megan O’Connor and Stephanie O’Toole surging forward and Sophie Keane posing a constant threat up front. Hazel as usual was on the score sheet and set up Sophie for another. Lauren Ronan who usually plays in defence was a powerhouse in midfield and scored a great goal after Stephanie ran the length of the field and crossed for Lauren to tap home. Lucy Keane had another very composed performance in goals and was quick off her line whenever called upon. Defensively the girls really played as a unit and restricted Regional to very few chances.

The excellent finishing, the composure of the girls on the ball, their driving runs and ability to find one another were the most satisfying aspects of this game. Well done Girls!