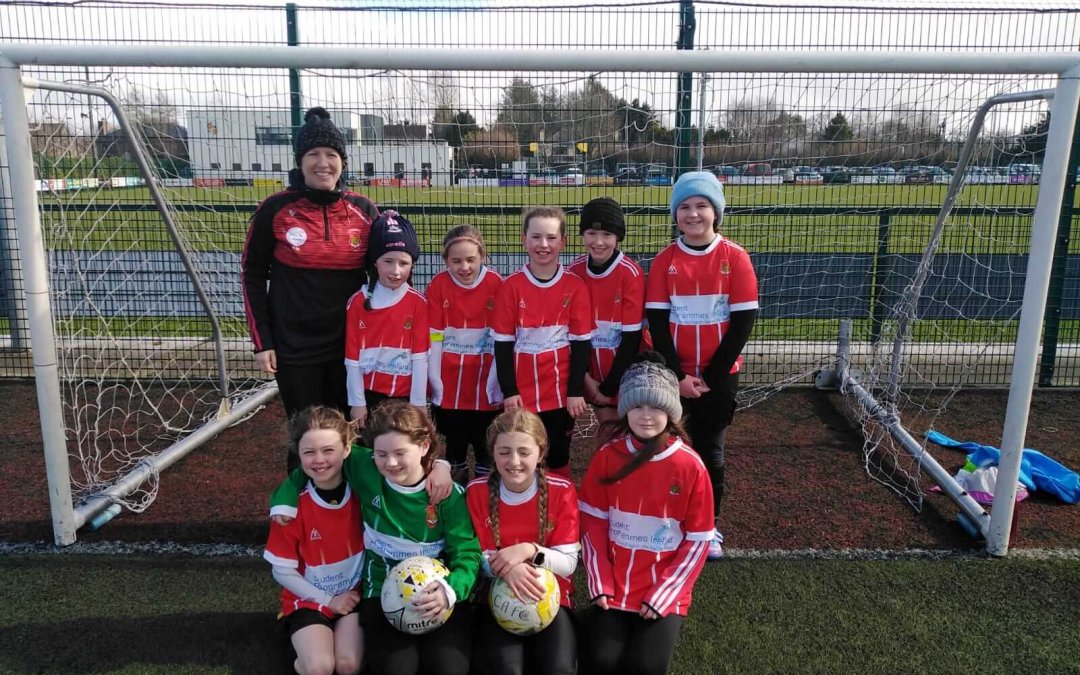 We were in Aisling Annacotty for a 7 aside blitz on Sunday, 13th March.

They faced three teams Aisling Annacotty, Murroe and Castle United. Conditions were tough with a varied weather within the hour. However, the girls went from strength to strength as each game went on. They worked tirelessly for all three matches, settling into it for the first game. The pitch was long and of a good width so plenty running was required at all times. The girls settled well and held their own for the first game.

The second game against Murroe was exciting and the girls fought well at all times. Their defending and attacking was excellent and they found formation in finding space for another player to run on. They marked their opposition and the midfielders supported their defenders and the forward at all times.

Their third game against Castle United found them really comfortable with their surroundings. Their fitness and speed really stood to them and their level of passing to each other was exceptional. Well done girls, super effort in all three games.