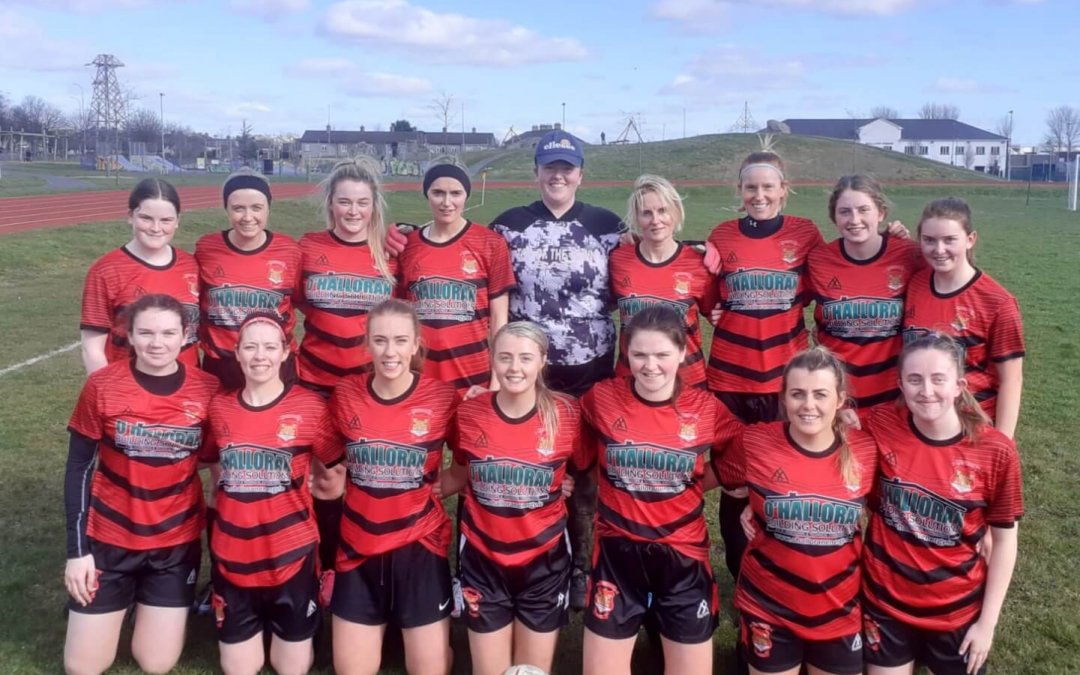 Corrib Rangers (Galway) 0
Charleville AFC 2Charleville Ladies travelled up to Salthill in Galway for a Saturday mid-day kick off in the Womens FAI Cup to play Corrib Rangers who sit top of the Galway women’s league undefeated.

After a solid win in the Munster Cup the week previous, spirits were high travelling to Galway and it showed throughout the squad on the day.

Charleville started the game with a high intensity and continued that for 90 minutes. Corrib Rangers had one real goal scoring threat over the course of the game after their number 10 broke the offside trap but put the ball beyond the far post and wide. Charleville learned from this scare and tightened their grip on the game and got the opening goal through a deflected header that took it over the head of the Corrib keeper after a 30 yard piledriving shot from Beth Stapleton. Alex O Keeffe sealed the game in the second half as she broke onto a loose ball, travelled to the edge of the 18 yard box and struck the ball to the bottom left corner away from the keeper who had no chance.