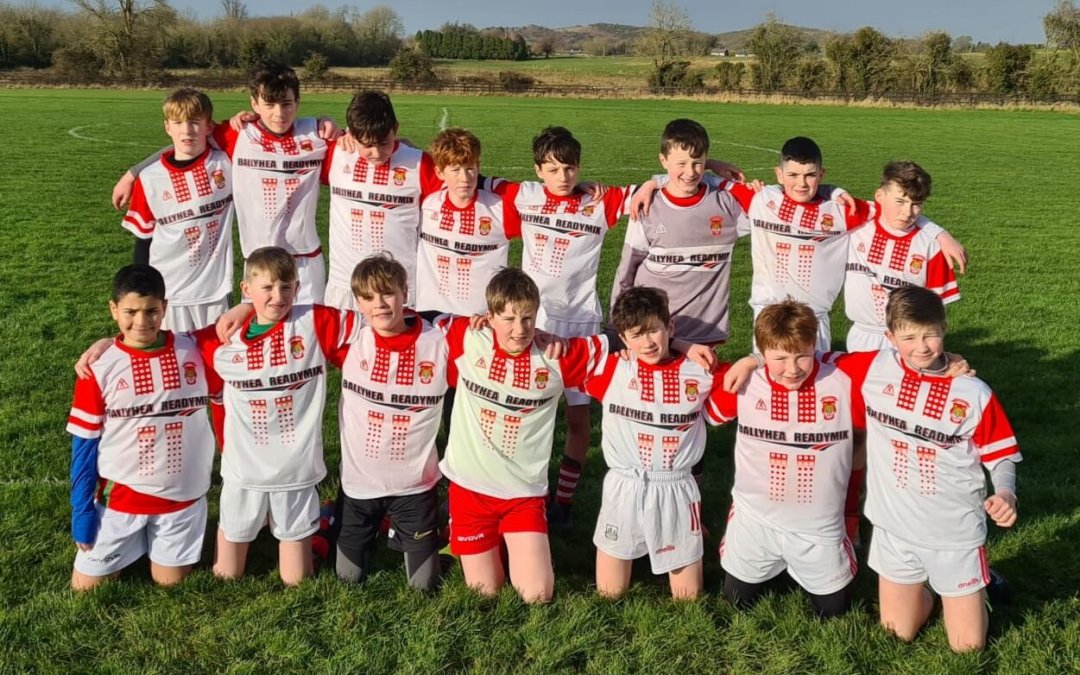 Our U13 Whites recorded a fine victory away against Croom on Saturday.

After an even start the tie remained scoreless at half time. Charleville started the second half very brightly and were rewarded when Cathal Curtin scored with an excellent finish after great work from Noah Finn. Minutes later we had a second when Donnacha McMahon rounded the Keeper and finished from a very tight angle. Charleville had complete control now as our defence handled everything that was thrown at it and shortly after we had our third when Cathal Curtin popped up with his second of the day.

Croom had to throw everything forward at this stage so we continued to create plenty of chances on the counter and we got out fourth with 10 minutes remaining when Tymon Kedziorek scored his first of the season. Croom replied with a late consolation goal just before full time.

This was an excellent performance from all the lads and a result like this is deserved for the effort and fine performances of late.