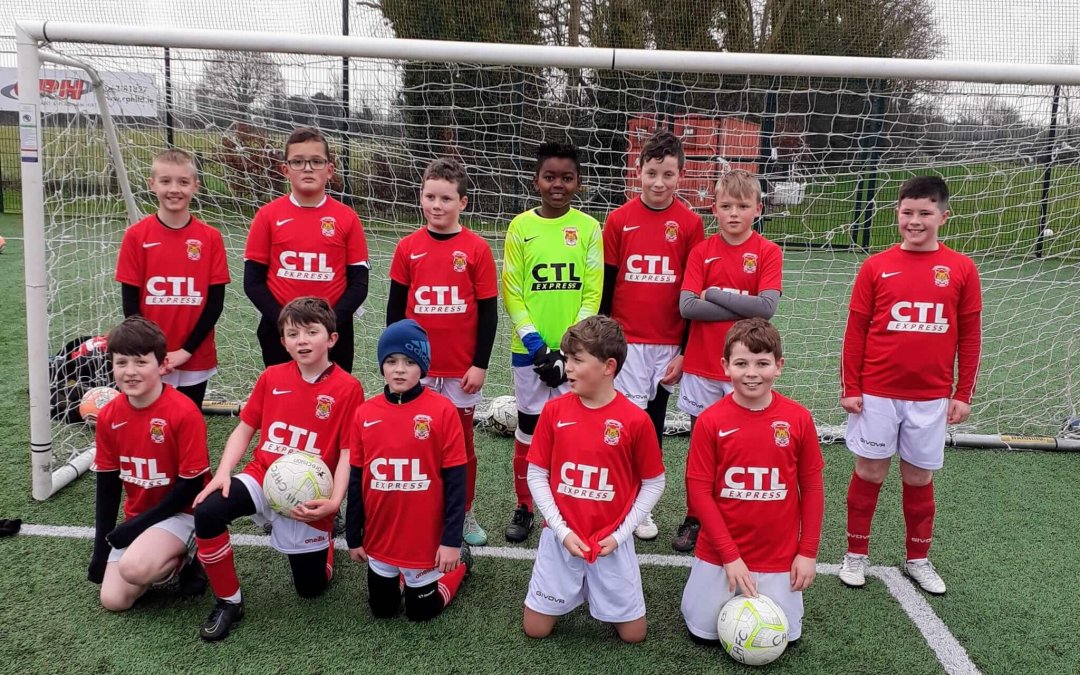 Due to reporting restrictions at this age level we are unable to give the final score line. Charleville started brightly and were playing some lovely football with Scott Fitzgibbon standing out in the early stages. We settled into the game with the early match day nerves disappearing and Charleville were playing with style despite the wet conditions.

Jack Fitzgibbon and Charlie Shine stood out with their displays in the first half. Viviana Jaunsile, Oisin Cagney and Dylan Kelly were fantastic in defence with Nyasha in goal behind them pulling off some great saves. Rhys Harris was his usual prolific self in front of goal. Vittor Incineroa was full of running up and down the right flank as Charleville kept up the pressure on the Kilmallock defence. It was also a debut for Hanno Dundon as he made a great impression in Midfield.

Overall this was a great team performance from everyone involved. Well done to Kilmallock who also put in a great performance of their own.