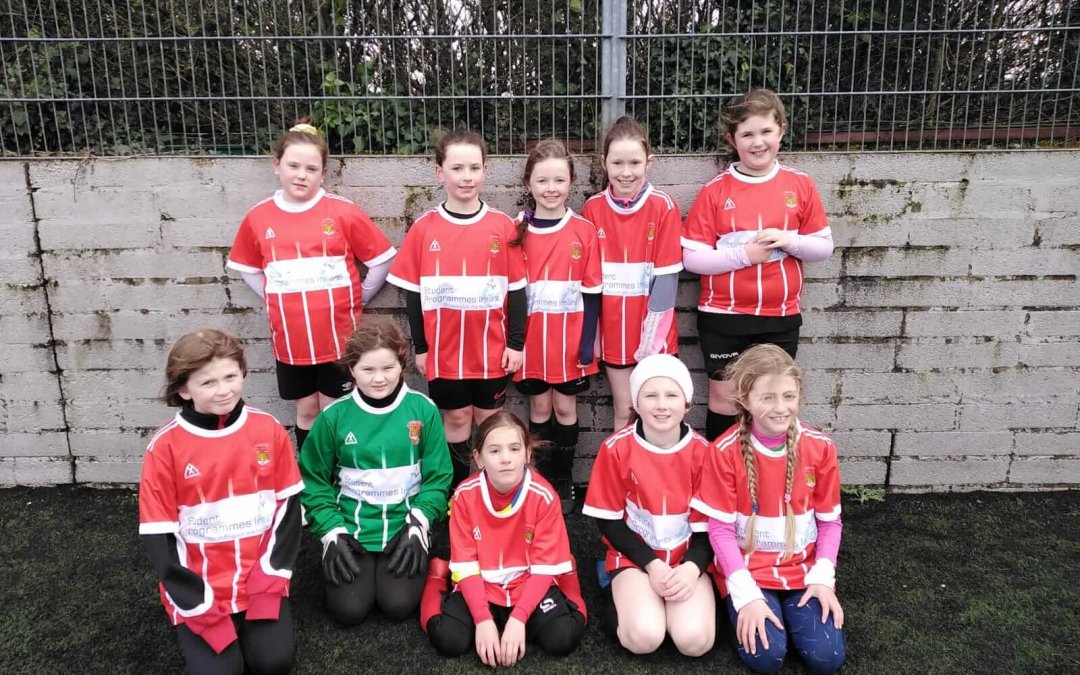 Our Charleville U10’s played their first blitz of the year in Mungret on Sunday, 13th February.

They played Mungret Regional, Murroe and Charleville’s other U10 team. Games were 15 minute games with two halves. We had 10 girls playing with the red team and played a 7 aside game.

The girls were outstanding from start to finish and players were rolled on and off every few minutes. Goals were scored, goals were saved and the girls played in all positions giving them a taster of different positions. Well done girls.