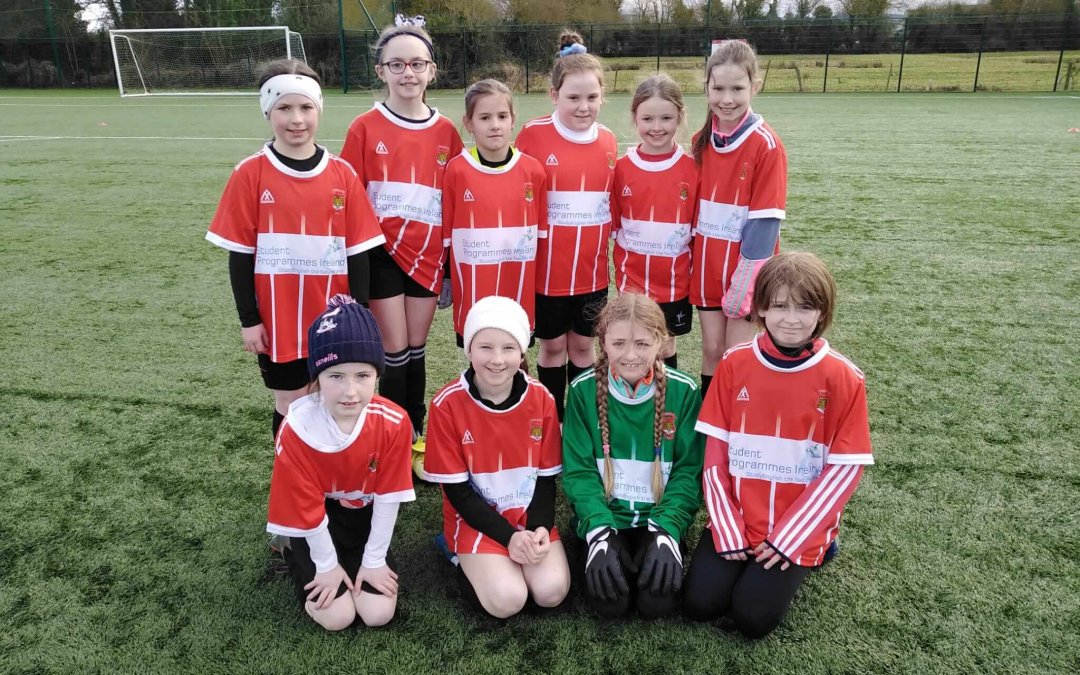 Charleville U10 girls had a challenge game against Mallow United last Sunday.
A dry windy day created a great match for both sides. The girls played two different Mallow teams with great defending and attacking being utilised for each game. Áine Mulcahy played in goals for the first match where she was greatly supported by Ava Gore and Úna Quilty in the back line. Emily Barrett, Robyn Moloney and Lauren Finucane brought sterling play to midfield whereby Emily played a more defensive role and Robyn and Lauren a more attacking role. Harlowe Foley and Clíona Hanrahan put the pressure on at all times in the forward line. Aoife O’Flaherty and Bronagh Walsh were introduced within five minutes and maintained great composure with the keeping the ball in midfield and the forward line. Emily Barrett was the first to hit the net with a ball coming down to their defence and a strong strike sent in through the keepers legs. The girls continued to work hard and a second goal by Lauren Finucane in the last few minutes finished the game on a high note.
Their second game was a little bit tougher and Ava Gore was the keeper in this game. Ava pulled off some mighty saves as Mallow United put the pressure on Charleville defenders. The girls equally attacked with some great passing down the line. Mallow scored a goal half way through the match but Charleville dug deep and with two minutes of the game being concluded Lauren Finucane rattled a goal to the net. A great end to a great match. Well done to all teams involved.